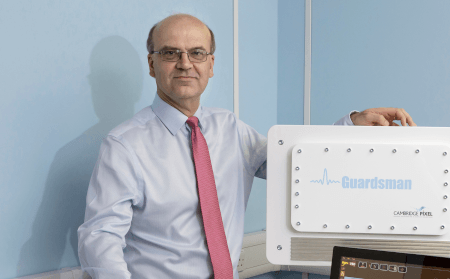 The sensor-independent VSD software runs on a standard Windows PC and integrates and displays data from multiple radars and up to 16 daylight/thermal cameras. It also incorporates radar/video tracking technology, track fusion as well as support for ship (AIS) and aircraft (ADS-B) transponders to filter out authorised targets and thereby speed threat detection.

"This capability allows an operator to quickly differentiate between real threats and legitimate movements," added David Johnson. "This is essential to avoid real incursions becoming 'lost in the noise', particularly the growing 'backdoor' threat posed by terrorists, smugglers and pirates at commercial airports and seaports as well as at military airbases and harbours."

A key feature of the VSD application is its ability to control a camera to follow a selected radar track automatically. This capability is known as slew-to-cue and is further improved in VSD by the built-in video tracking function. Video tracking uses analysis of the camera video imagery to determine the target motion. Once a track has been designated within the radar display, video tracking can provide more accurate camera positioning for enhanced slew-to-cue.

"Video tracking is significantly more accurate than radar tracking, due to the higher update rate of at least 30fps and superior resolution of the sensors," added David Johnson. "This enables VSD to predict and follow the target's movement and maintain it in the video frame."

VSD has been designed with touchscreen devices in mind and provides a clear display of the camera video in a main window, with picture-in-picture and thumbnails of all available video feeds for rapid selection. The radar portion of the display provides a geographic overview of the situation, showing all of the available radar videos, tracks and secondary data, overlaid on a clear tiled map.