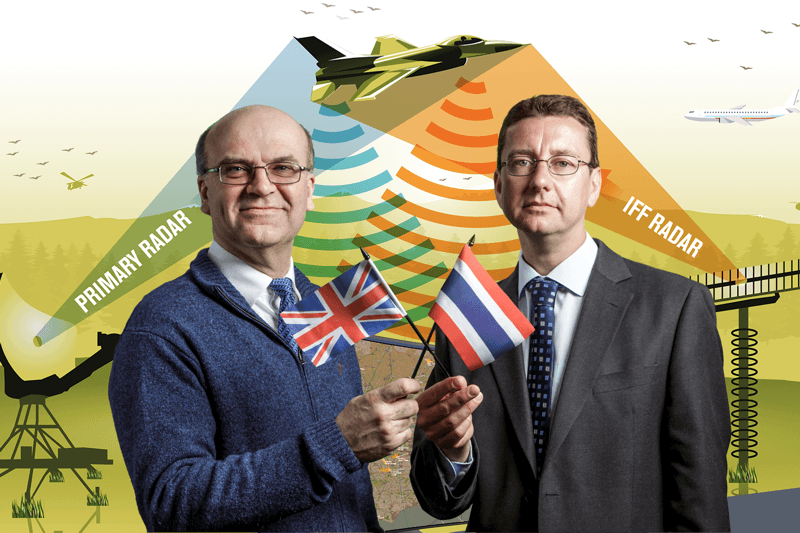 Engineers at the Royal Thai Air Force headquarters at Don Muang Airbase, Bangkok, Thailand, were looking for a cost-effective way to upgrade their legacy air defence processing and display hardware without replacing the existing and expensive radar sensors.

A key requirement of the upgrade was to reduce long-term maintenance costs by using commercially available (COTS) products while adding new tracking, safety and display features. These included delivering improved target tracking from both the primary and IFF (identification friend or foe) sensors, track fusion, safety alerts and then presentation of the integrated data on a large, clear PPI (plan position indicator) display on top of user-selectable maps.

The Royal Thai Air Force selected Cambridge Pixel because it was able to offer a cost-effective solution that employed the existing sensors, thereby saving considerable costs, but upgraded the processing and display to provide the enhanced capabilities needed in a modern implementation.

Commenting on the project, Group Captain Thouchpong, said: "We were very pleased with Cambridge Pixel. Their engineers understood what we needed and provided excellent support during the installation and deployment of the first two sites at Udon Thani and Nakhon Pathom. We now have an upgraded capability based on COTS products, which promises reduced long-term maintenance costs. We are looking forward to continuing the collaboration by upgrading the air defence systems at our other airbase facilities."

Cambridge Pixel has supplied RTAF with its radar processing and tracking products which interface to the existing primary and secondary (IFF) radars to provide upgraded target tracking from the primary and IFF sensors and fusion into a single track source. The display is handled by Cambridge Pixel's ASD-100 air situation display software, which provides an integrated display picture of primary and secondary video and tracks that are overlaid on maps. The software runs on standard PC hardware, thereby reducing costs of maintaining the system.

David Johnson, CEO of Cambridge Pixel, said: "This is another excellent export contract for Cambridge Pixel and it demonstrates, yet again, that the combination of our innovative software technology, radar engineering expertise and commitment to customer service is attractive to companies the world over.

"By combining our software modules for target tracking and fusion with our ASD-100 display application, we have offered a highly cost-effective upgrade to RTAF. For this project it was important that we could work with the existing radars, and our range of hardware interface cards and radar processing modules was a good match for the requirement."

The company's ASD-100 air situation display provides an operator with a complete and integrated picture of everything in the skies, military or commercial air traffic, whether friend or foe. This application can interface to a number of different ASTERIX data inputs including CAT-240 (radar video), CAT-48 (track reports) and CAT-4 (safety alert messages). Safety alerts such as short term conflict alerts, area proximity warnings and minimum safety altitude warnings may be sent to the ASD-100 display using Cambridge Pixel's SPx SafetyNet server application.