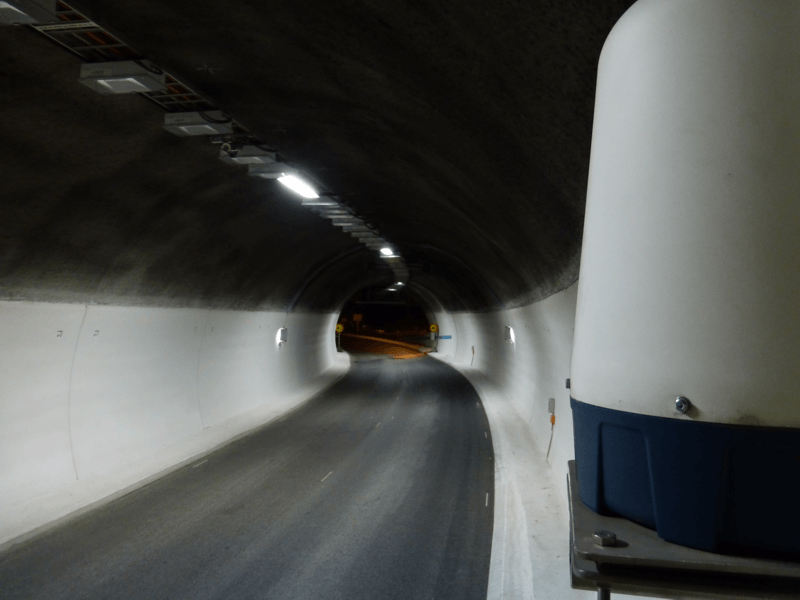 The RadarVision software modules for radar scan conversion, H.264 compression and distribution will allow high fidelity radar to be viewed alongside data from traditional daylight and thermal cameras on a standard video management system (VMS).

Navtech's ClearWay AID system – now fully integrated with the RadarVision modules – are set for deployment in Norway on what will be the world's longest underwater tunnel. The project will include the supply of over 100 Navtech high resolution 77Ghz traffic radars to deliver operator improved situational awareness even when visibility is compromised by smoke and fire.

Guy Avery, software development manager, Navtech Radar, said, "Providing tunnel operators and the emergency services with radar-based visual capability during a major incident has been on our development road map for some time. The key obstacle has been the ability to take complex radar data and display it in such a way that an operator can immediately see what is happening in the tunnel.

"We needed to deliver a solution that offered the same visual clarity as CCTV, but would work in all conditions, including in a tunnel potentially full of smoke and fire. Cambridge Pixel’s RadarVision technology not only allows us to provide this data as a standard video feed, but we have been able to merge in all the critical data the operator needs, including real-time positions of vehicles and people. All the real-time data can then be super-imposed over a scaled schematic of the tunnel enabling us to give immediate context to any viewer."

RadarVision interfaces to radars at the level of video, plots or tracks and composes a picture of the radar information, optionally with maps underlaying the radar. The picture is then converted to a camera-like IP data stream for input to any VMS. This means that any VMS can easily interface to a radar and display and manipulate the radar picture.

David Johnson, CEO, Cambridge Pixel, commented, "We are delighted that our recently launched RadarVision product has been selected by Navtech to enhance the ClearWay traffic monitoring solution for this prestigious underwater tunnel project. Our software will enable each radar to be treated as a virtual camera giving tunnel operators unprecedented situation awareness in all conditions, including during major incidents where normal camera technology would be severely hampered by smoke and fire."

RadarVision interfaces to a wide range of security, maritime and specialist radars. It accepts radar video as either radar signals through an acquisition card, as ASTERIX CAT-240 network data or in proprietary formats. The radar data is then scan converted into a plan image and then output as a H.264 (RTSP packaged) network video stream that feeds directly into the VMS. RadarVision is available as a software application or as a box level solution and provides a wide range of radar acquisition, processing and display options that incorporate Cambridge Pixel's award-winning radar technology.