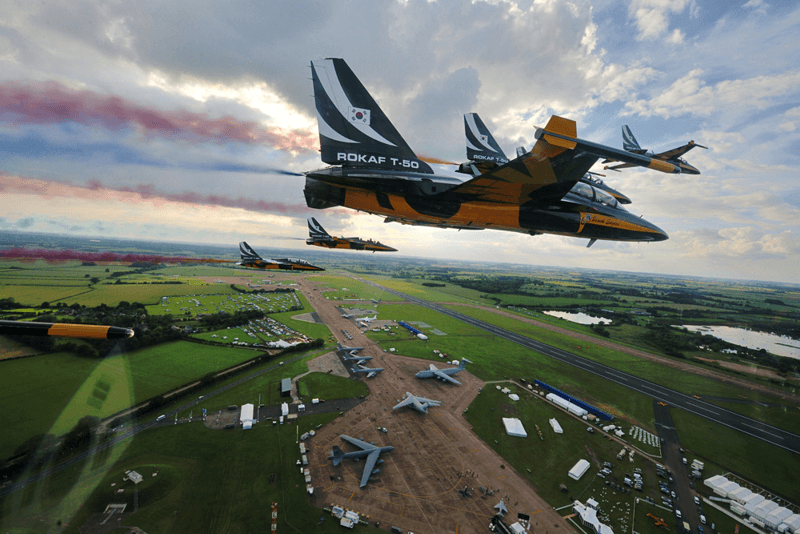 The Republic of Korea Air Force needed to upgrade its systems to include primary radar display and tracking, as well as fusion of primary tracks with IFF (identification friend or foe) data. Cambridge Pixel was able to offer functional modules that allowed HTC to build the required capabilities into their own solution to the Air Force.

Cambridge Pixel was selected by HTC because it provided a cost-effective, open and flexible method for them to add key radar processing and display functionality into their own system. Crucially, it allowed HTC to write their own display application code to meet the sensitive and unique requirements of their customer, thereby retaining in-country capability.

The solution uses a combination of Cambridge Pixel's ready-made applications to provide radar tracking, track fusion and radar video distribution. HTC then wrote the operator display application using modules from the company's SPx C++ library to provide receipt and display of the radar video and track data from the network.

Commenting for HTC, Mr Jaehun Kim, Senior Engineer, said: "Cambridge Pixel's highly flexible radar tracker was able to accommodate our different radar sensors and target motions to deliver a cost-effective solution for this air base application. In addition, the company's engineers were extremely responsive throughout all stages of this project, and when changes to the radar and IFF interfaces required additional development, this was undertaken in a timely manner. Cambridge Pixel's software was straightforward to integrate within our own display application code and the upgrades were successfully delivered to the Air Force on time."

Cambridge Pixel's SPx Tracking Server provides fully automatic track initiation and multi-hypothesis tracking from the primary radar sensor. The radar tracker accepts polar format radar video and processes it to identify targets, which are then correlated from scan to scan to output positional and motion updates. The software is highly configurable and may be used to identify target-like shapes according to defined rules.

Dave Johnson, CEO of Cambridge Pixel, said: "We have worked extensively with HTC for a number of years and so were delighted to be selected to work on this project. Our engineering team worked closely with HTC's to interface to existing radar and IFF equipment. The flexibility of our SPx tracking server enabled us to meet the requirements of this airborne tracking application by creating a parameter set to define the dynamics of the targets of interest.

"This is yet another example of a project where Cambridge Pixel's software modules have been combined into a complete solution, working with existing radar hardware and allowing the customer to retain full control over the end-user display application. Once again, we have provided a customer with a cost-effective method of upgrading existing systems, improving their performance and adding capability."