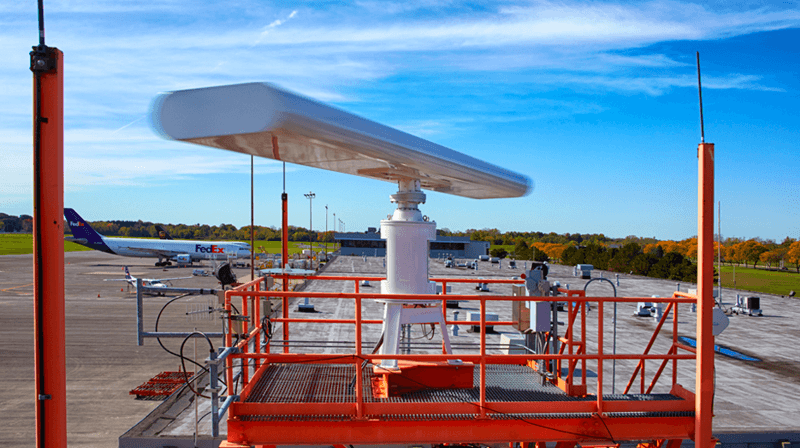 Engineers in Saab ATM’s operation in Syracuse, New York, needed a tool that received ASTERIX CAT-240 network video and scan-converted this into a plan position indicator (PPI) image that could be overlaid with map data.

Following the successful use of Cambridge Pixel’s RadarView software during the development and deployment of its new SR-3 solid state X-band radar, Saab saw the potential to use RadarView running on a laptop as a tool to bring up the transceiver before the rest of the infrastructure was in place.

This enabled Saab ATM to put the radar in service faster for its valued customers.
The RadarView software was extended by Cambridge Pixel’s team to add new features desired by Saab. This included enhanced analysis and recording of selected areas of video (min, max, average, standard deviation) in addition to support for user-defined maps and slant-range projection of the radar video, to compensate for a radar located on a tower or airport infrastructure.
The SR-3 is Saab’s third-generation solid state SMR and fully complies with applicable FAA and EUROCAE standards with raw video output in industry standard ASTERIX CAT-240 format.

The SR-3 features the antenna, transceiver and radar data processor in a complete package and is a proven solution for airports that need to replace existing SMRs, augment coverage due to growth or are fielding an SMR for the first time.
Commenting on the contract, Richard Warren, Cambridge Pixel’s software director, said: “We are delighted to be working with Saab ATM to support their airport-based radar programmes and have worked closely with their engineers to understand and meet their needs. RadarView is now used by Saab at airport installation sites for radar assessments, detailed integration and optimisation of the SR-3 radar ahead of commissioning.

“Our engineering team has decades of experience of developing complex radar processing and display systems and extensive knowledge of radar distribution systems based on the ASTERIX CAT-240 standard. This standard is increasingly being adopted by forward-looking radar manufacturers, such as Saab ATM, because it gives customers greater control of how they integrate the sensor.”