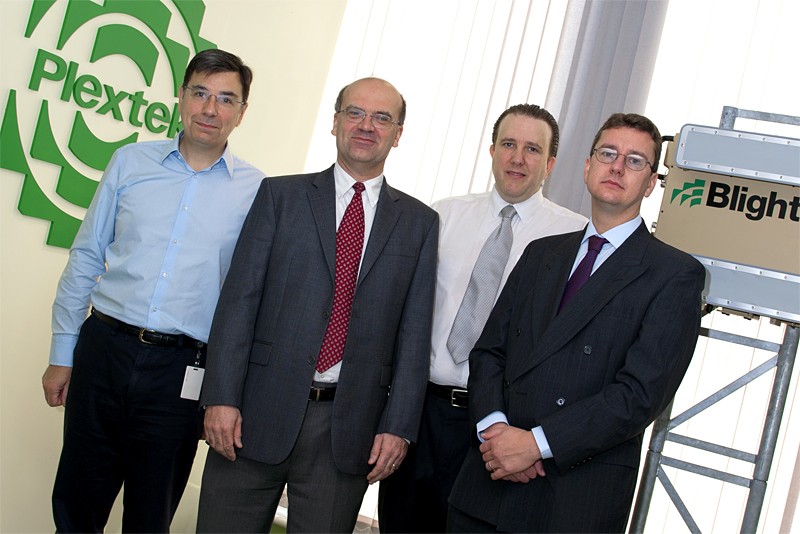 Engineers within Plextek's Blighter development team at Great Chesterford, Essex, England, needed a cost effective and robust software based radar target tracker that could be optimised for Blighter radars to track radar targets and provide the operator with target track ID, heading and speed. The team also wanted a tracker that was fully parameterised and configurable and was able to support multiple hypotheses, features which improve tracking efficiency and minimise false alarms.

Mark Radford, director of security products at Plextek, said: "We opted for Cambridge Pixel's tracking technology because it is a mature product that had all the capabilities we required at a commercial rather than defence market price. Also, we were impressed by the company's industry knowledge and their enthusiasm to work alongside our engineering team to tune the tracker to fully exploit the capabilities of the Blighter radar. They have been a great partner - technically competent and highly responsive."

The Blighter radar family - which includes the recently-launched Blighter B303 radar system - provides a solid-state, all-weather radar scanner that can operate over land and water to detect small moving targets such as people, kayaks or even low flying objects. Blighter radars are designed for mobile and fixed area, border and perimeter surveillance applications.

"We have successfully used Cambridge Pixel's technology as part of a surveillance project to detect and track illegal immigrants trying to enter the USA across the hills on the Mexican Border," said Nick Booth, Blighter sales and marketing manager at Plextek. "Using Cambridge Pixel's tracking technology - we market this as BlighterTrack - operators are able to see the path travelled by intruders and at the same time filter out unwanted radar detections from wildlife and wind-blown vegetation so the targets presented are nearly always genuine targets and not distracting false alarms."

The Cambridge Pixel tracking software receives radar detections from the Blighter radar and correlates information across multiple scans to create tracks that describe the position and dynamics of targets of interest. The tracks are then reported back into the BlighterView HMI display, or into a customer's display or sensor fusion application.

The behaviour of the tracker may be defined using configuration files with the provision for different track processing behaviour in different geographical areas of the radar's coverage. Multiple hypotheses are employed in its interpretation of the Blighter radar data to provide enhanced robustness and ability to handle a wide range of scenario types.

Since its foundation in 1989, Plextek has acquired considerable expertise in ground, naval and airborne radar technology. Plextek started developing the Blighter radar in 2003. Since then it has matured the technology and sold it into commercial, government and defence markets around the world. Today, the Blighter radar is protecting people and infrastructure in some of the toughest places in the world.

Commenting on this agreement, David Johnson, managing director, Cambridge Pixel, said: "We are delighted to be supplying our tracker technology to Plextek to enhance its Blighter range. The Blighter radar provides state-of-the-art capabilities for highly sensitive intruder detection and our flexible tracking software has been configured to exploit the sensor's capabilities and to provide Blighter users with accurate target information while reducing nuisance alarms."