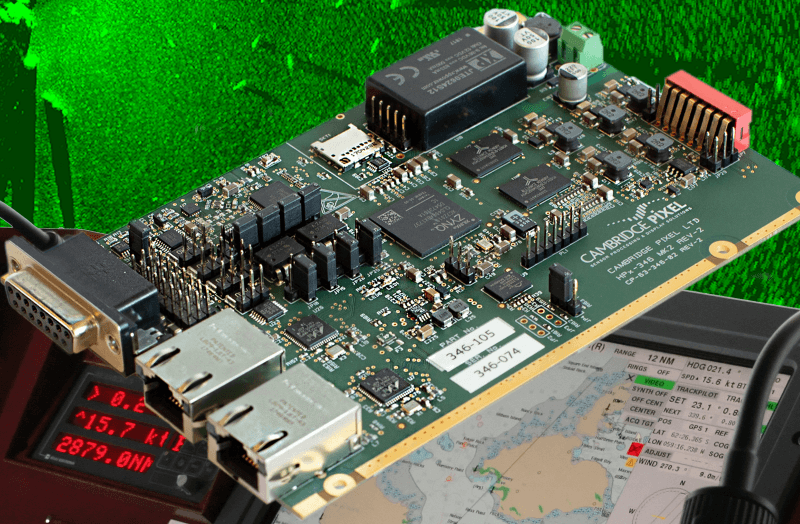 David Johnson, CEO, Cambridge Pixel, said: "The launch of our dual network HPx-346D legacy to CAT-240 converter is driven by demand for dual redundancy among our naval and coastal surveillance customers. It is also further evidence that the display of radar is increasingly moving up the supply chain and becoming a mission critical part of modern navigation and command & control systems.

"With the second network interface on the HPx-346D module, our customers now have the option to output the CAT-240 data to twin networks at the same time or to configure the card to output to a single network and then switch over automatically in the event of a network failure," added David Johnson. "Whichever option is selected, dual redundancy is achieved."

Both the dual channel HPx-346D and single channel HPx-346 cards are small form factor modules that can be configured as standalone radar processors with the card installed within existing equipment or supplied in a compact enclosure. The cards require only a DC power supply and are ideal for interfacing legacy radars to modern network-based display systems.