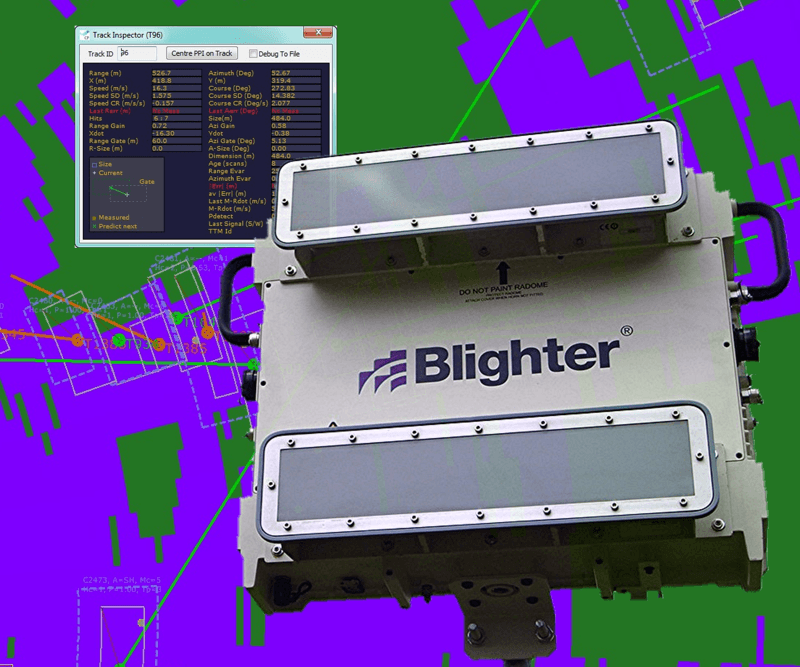 CAMBRIDGE, United Kingdom, September 16th, 2014 - Cambridge Pixel (www.cambridgepixel.com) a developer of sensor processing and display solutions, has supplied its radar tracking technology to Blighter Surveillance Systems (www.blighter.com) for use as part of a persistent surveillance capability along the Korean Demilitarised Zone (DMZ), a buffer zone running 250km across the Korean peninsula and separating North and South Korea.

Cambridge Pixel's software tracker has been optimised for use with the Blighter B400 series long-range electronic-scanning radars to provide target track identification, heading and speed as well as multi hypothesis tracking to reduce nuisance alarms.

The tracking software receives radar detections from the Blighter radar and correlates information across multiple scans to create tracks that describe the position and dynamics of targets of interest. The tracks are then reported back into the BlighterView HMI command and control (C2) software platform.

The Blighter radars work 24 hours a day, 365 days a year, monitoring the 4km-wide DMZ for any human, vehicle or low-flying aircraft incursions, including UAVs/drones. The radars are deployed along the DMZ, in one of the world's most mountainous countries with environmental extremes of -30°C in winter and a humid +40°C in summer.

"Cambridge Pixel's engineering team is technically competent and highly responsive and we are currently in discussion with them to further optimise the tracker for the DMZ project," added Mark Radford. "Our radar is uniquely suited for operation in extreme weather and hilly/rocky terrain due to the combination of our PESA electronic-scanning, Doppler and FMCW technology - Cambridge Pixel's tracker adds another string to our bow!"

David Johnson, Cambridge Pixel's managing director, said: "We are delighted to see that our tracking technology is being used by Blighter in this strategic surveillance operation on the Korean DMZ and will continue to develop our software 'modules of expertise' to deliver the flexibility, features and configurable solutions our customers require."