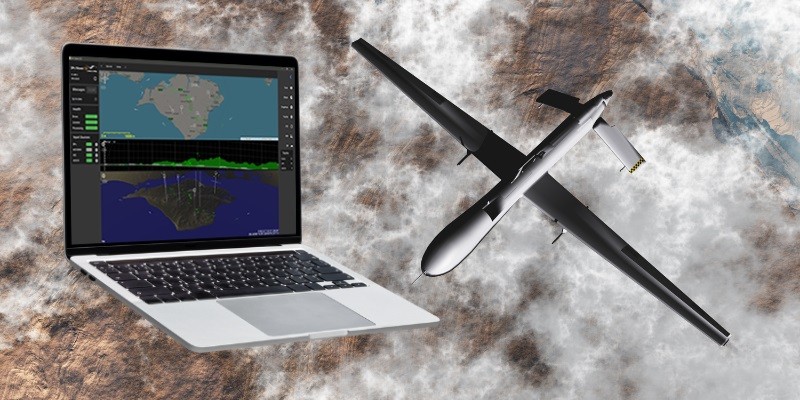 CAMBRIDGE, United Kingdom, July 28, 2022– Cambridge Pixel has launched a new software application to enable the visualisation of radar tracks in 3D format obtained from 3D sensors. These types of sensors are used in tasks such as near-field object detection and collision avoidance, surface or object inspection, and drone detection with widespread applications in modern air defence systems, as well as a range of naval, military and security projects.

The ability to visualise data from 3D sensors helps operators determine a greater granularity of information about a target, with range, direction and elevation parameters to assist with accurate decision-making and situation evaluation.

SPx Viewer-3D receives ASTERIX or SPx track reports as input and displays them in a multi-window format with customisable plan view, range-height view and 3D view with operator-controllable viewport and zoom. To assist in the interpretation of the track picture, the software also receives and displays AIS and ADS-B tracks. Tracks are shown with a map underlay in the plan view and with terrain underlays in the range-height and 3D view. On the range-height view the terrain information assist in interpreting the visibility of targets. In the 3D view, terrain and mapping forms the underlay for the track display.

The new SPx Viewer-3D has an intuitive web-based user-interface and works with a wide range of radar sensors, including legacy 3D radars and modern electronically-scanned radars.

Commenting on the release, David Johnson, Cambridge Pixel’s Managing Director said: “This new software complements our recently-released SPx Tracker-3D designed to work with the latest generation of advanced 3D and electronically-scanned radars. These radars are gaining wider adoption not just in air defence and military projects but also in environmental surveying and surveillance applications.”

Cambridge Pixel's modular radar technologies are used by customers in over 55 countries around the world, for air traffic control, security, surveillance, airborne radar applications, as well as naval and vessel traffic. Its systems have been implemented in mission-critical applications with companies such as BAE Systems, Lockheed Martin, Thales, L3 Harris, Raytheon, Northrop Grumman, Hensoldt, America’s Navy and others.