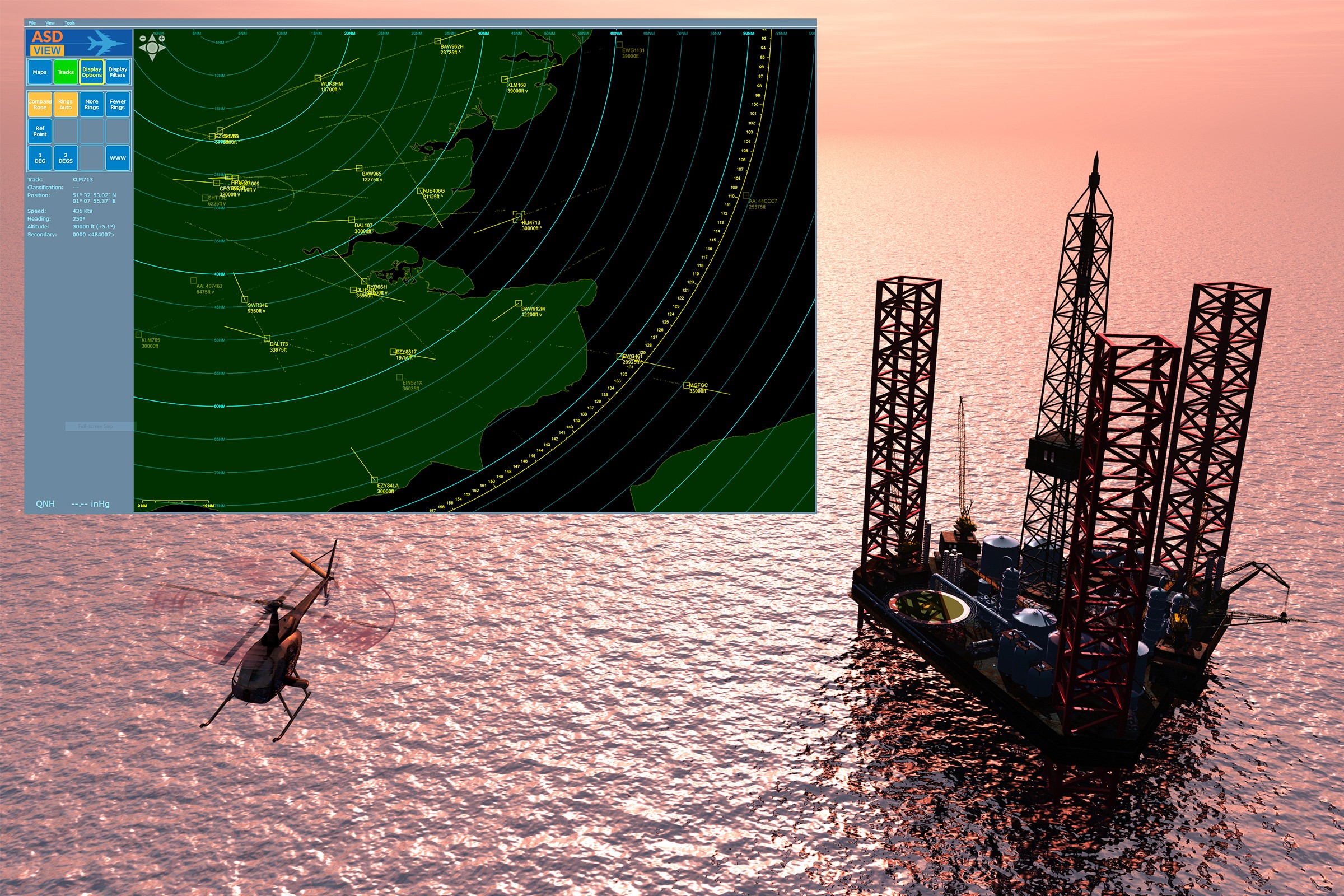 CAMBRIDGE, United Kingdom, January 21, 2020 – Cambridge Pixel, a developer of radar display, tracking and recording sub-systems (www.cambridgepixel.com), has added ASD-View to its air surveillance product portfolio to meet the growing demand for the visualisation of ADS-B aircraft data in maritime and surveillance applications.

ASD-View is a PC-based Windows application for ADS-B receivers that displays data from co-operating targets such as commercial aircraft, helicopters, light aircraft, and drones. ASD-View was developed to meet increasing demand for an ADS-B viewer from oil & gas platforms, port and harbour authorities and other maritime and surveillance applications.

The new ASD-View software product is a standards-based viewer that interfaces with an ADS-B data stream and converts the reports into track symbols that are geo-referenced on a map. The software is compatible with a range of ADS-B decoders supporting ASTERIX CAT-21, AVR, BEAST, AirNav and 112-bit raw formats.

ASD-View displays the ADS-B tracks as symbols overlaid on a map. The software supports land-based installations and also maritime or offshore platforms where positional information for the platform is provided by an NMEA 0183 stream. The underlying software components for ADS-B decoding and visualisation are also available for software developers in Cambridge Pixel’s SPx development software.

Richard Warren, director of software, Cambridge Pixel, said: “With the increasing adoption of ADS-B technology, by which aircraft transmit position and status information, the desire to incorporate this data into surveillance and maritime environments continues to grow.

“ASD-View provides a clean, simple and versatile display application, with the option to upgrade to the enhanced capabilities of our ASD-100 air situation display application, if desired. The ASD-100 permits ADS-B data to be combined with primary radar and tracks for a fully fused integrated air picture of both cooperating and non-cooperating targets.”

Cambridge Pixel’s ASD-100 Air Situation Display is a PC-based air surveillance display application providing an operator with a complete and integrated picture of everything in the skies, military or commercial air traffic, whether friend or foe.

The ASD-100 display incorporates primary and secondary IFF radar, underlay maps, and target tracks, of which any combination of primary, IFF and fused tracks may be shown. The ASD-100 display application allows alarm areas and alarm conditions to be defined to permit early detection of dangers or events of interest, and flights plans may be viewed for specific targets.

“Where ASD-View provides a visualisation capability for ADS-B tracks, our ASD-100 product expands the capabilities to include primary and IFF radar and derived track data,” said Richard Warren, director of software, Cambridge Pixel. “ASD-100 can therefore be used as part of a comprehensive upgrade of legacy air defence processing and display systems, which may also include replacement of legacy track extractor hardware. Such upgrades are predominantly software based, making them cost-effective and future-proof.”