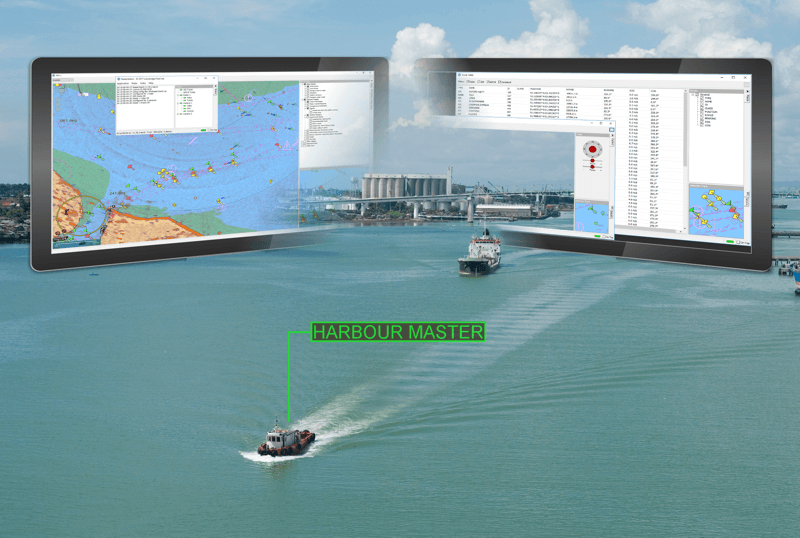 Cambridge Pixel's surveillance and target tracking software has already been installed and is operational on the south coast of England at the first of the firing ranges, where operators are benefiting from an enhanced situational display.

"Cambridge Pixel's software has provided us with a cost-effective way of upgrading a legacy system to utilise more modern technologies, such as the solid-state Halo 6 pulse compression radars from Simrad. We have also added an AIS transponder into the surveillance system and the RadarWatch software is able to fuse the AIS tracks and present the data as a graphical overlay on top of the radar video and map layers. This fused display enables faster, clearer and better-informed decisions for the operator."

RadarWatch is designed for integrators developing coastal surveillance, small port & harbour security applications and features comprehensive alarm logic allowing alarms to be configured based on areas, target activity, or target behaviour. This alarm logic includes the ability to compare all current targets to user-defined regions and to identify targets impinging on them. Exceptions may be made within a "safe list", allowing identified targets to enter alarm zones without raising an alert.

David Johnson, CEO, Cambridge Pixel, said, "We are delighted to have secured our first contract win for our RadarWatch display software since its launch in the summer. Our aim with this product is to provide the integrator, in this case Maris, with a modern, multi-screen, multi-window display solution that fuses information from radar sensors, transponders and cameras to present a consolidated view of maritime information."

RadarWatch can display tiled maps, S57/S63 electronic charts, video from up to 2 radars and 16 cameras, within multiple windows and across multiple screens. It is compatible with a wide range of radar scanners, including those from Kelvin Hughes, Simrad, Terma and Furuno, and provides a common software architecture that can be scaled to single or multi-sensor installations.

Cambridge Pixel's SPx tracker is a key part of the Maris firing range solution. The tracking module is fully parameterised, highly configurable and supports multi-hypothesis and multi-model tracking to improve tracking efficiency and reduce nuisance alarms. It provides its data onto the network and may also be controlled remotely via a network socket, making it ideal for use in distributed systems. RadarWatch provides a common software architecture that can be scaled to single or multi-sensor installations.

The RadarWatch software accepts open data formats such as ASTERIX and NMEA-0183 and works with Cambridge Pixel's own software modules too, such as SPx Fusion, SPx Camera Manager and SPx Radar Data Recorder. Augmented vision is also implemented within RadarWatch to fuse primary radar tracks with data from ship (AIS) and, where appropriate, aircraft (ADS-B and IFF) transponders and then display this as an overlay to camera video.