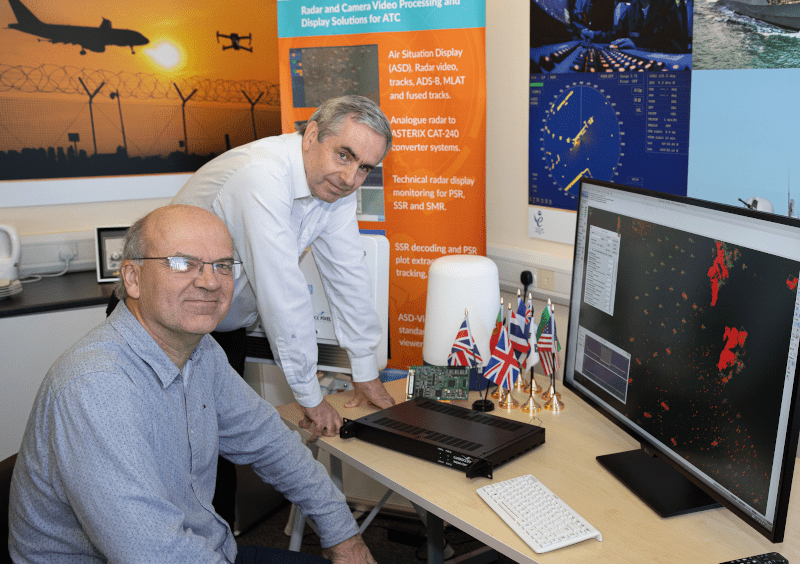 CAMBRIDGE, United Kingdom, November 10, 2020 – Cambridge Pixel has set up an Employee Ownership Trust (EOT) to put the award-winning radar technology firm into the hands of the team of people who work for it, and making them the direct beneficiaries of the company’s future success.

Dr David Johnson, co-founder and CEO of Cambridge Pixel, who set up the company in 2007, wanted to secure the long-term future of the firm and he was keen to avoid a messy trade sale or a botched merger. He saw many advantages to the switch to employee ownership and believes that it will benefit the founders, the employees, and the company’s customers.

"The establishment of employee ownership through the EOT at Cambridge Pixel will provide continued job security for all staff," said David Johnson. "It will also enable the employees to have collective control of their future and to continue to deliver world-leading radar technology to companies developing mission critical products in naval, air traffic control, vessel traffic, commercial shipping, security, surveillance and airborne radar applications."

Employee ownership has rocketed in popularity in the last decade pioneered by the John Lewis Partnership and more recently by companies such as Richer Sounds and Aardman Animation. Studies have shown that employee owned firms are also more resilient and are proven to weather economic cycles better than most. This may prove to be important as firms the world-over deal with the impact of the coronavirus pandemic.

Andrew Haylett, chief engineer at Cambridge Pixel and one of the new trustees responsible for overseeing the running of the company, said: "This is great news for all the staff at Cambridge Pixel who now have a stake in the business and will share in the profits."

Dr Johnson believes that employee ownership also bodes well for customers and will help to secure the long-term future of the company. "Employee ownership makes us less vulnerable to acquisition and therefore any interruption to the supply of our customers' products," said David Johnson. "It also gives the owners, planning for retirement or an eventual exit from the business, a way to withdraw slowly as they mentor a successor team. It's a win-win all round."

Cambridge Pixel is headquartered at New Cambridge House in Litlington, near Cambridge in the UK, and operates worldwide through a network of agents and distributors.