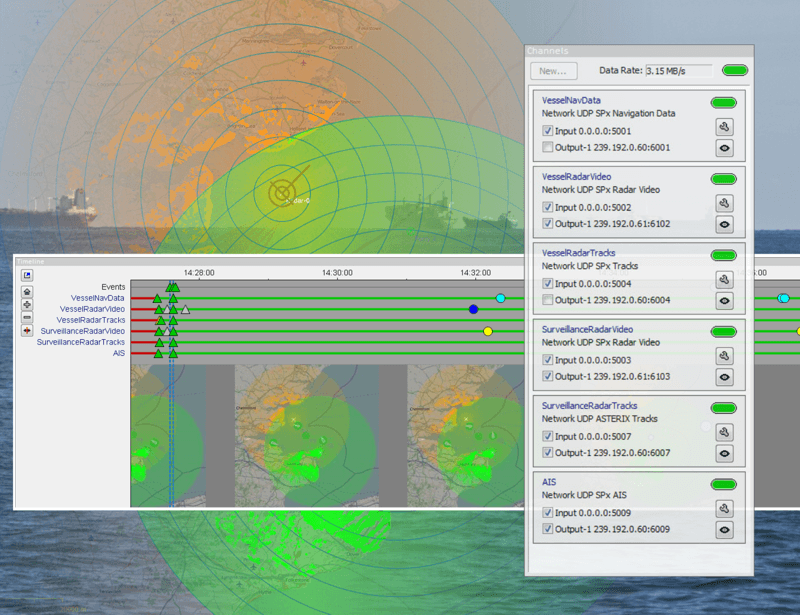 The Radar Data Recorder is designed for both session recordings, for example during expensive radar trials or system testing to capture data for later review, and for continuous recording in deployed systems. The product captures a wide range of data types and formats simultaneously within a synchronised data file structure, time-stamping and recording directly to fixed or removable storage media.

Up to three radars may be recorded as either radar signals - digitised using Cambridge Pixel's HPx-200 card, or ASTERIX CAT-240 network video, with other specialised or proprietary radar network formats also supported. On replay, the video may be output as radar signals or as ASTERIX data.

David Johnson, CEO of Cambridge Pixel, said: "Radar is an increasing feature in both military and commercial surveillance solutions, whether on naval and coastguard ships or for border security, airport, air base or infrastructure protection. As a result, system developers need a versatile record and replay solution that can handle the multitude of input data types and formats and then display them to the operator in a sensible and synchronised way."

Cambridge Pixel's Radar Data Recorder may be controlled through a local user-interface, across a network, or through a web browser. The Windows-based user-interface permits configuration of the recording process and visualisation of the data being recorded. A timeline is used to display the progress of the recording or replay, with visual indications of the data being recorded, including any errors or missing data.

"Our sophisticated user interface makes defining channels simple and intuitive, and a 'quick look' feature allows the operator to see and have confidence that data is successfully being received and recorded," added David Johnson.

"We have also incorporated a range of indexing tools to make review and analysis of any recorded session straightforward. For example, a visual timeline display shows the status of each channel as well as periodic snapshots of the radar video. Event markers (location, user-defined, or system events) can also be recorded on the timeline to give a complete picture of the session for post mission analysis."

The Radar Data Recorder is available as a software application or as a fully configured recording sub-system in a 19" rack-mount unit.