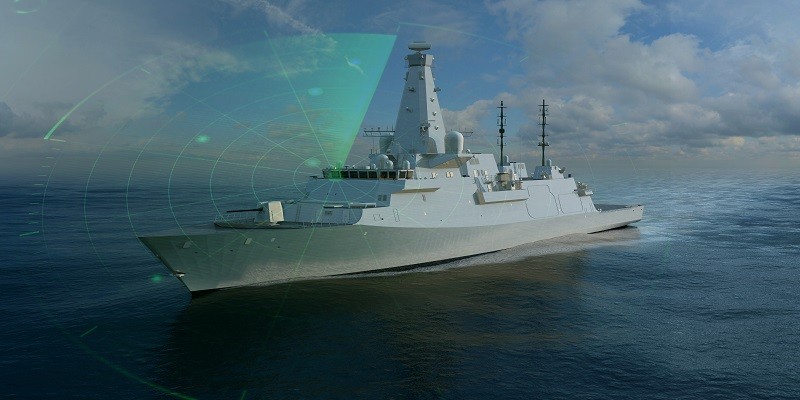 CAMBRIDGE, United Kingdom, November 3, 2021- The new Type 26 vessels are part of a programme known as the Global Combat Ship, that was launched by the UK Ministry of Defence. Their primary role will be to conduct advanced anti-submarine warfare missions while supporting air defence and general operations. Type 26s will be vital ships for security of shipping around the world for many years to come. UK State Defence Minister Baroness Annabel Goldie said: “These new frigates will be equipped with the most advanced capabilities and technologies, enabling the Royal Navy to counter emerging global threats for decades to come.”

In terms of their surveillance and sensor capabilities, each Type 26 ship  will be fitted with the BAE Type 997 Artisan 3D air and surface surveillance radar, solid state X and S band navigation radars and a long range IFF interrogator, as well as electro-optical and infrared systems.

Cambridge Pixel will be supplying its latest generation of SPx radar processing and display software to BAE Systems for the visualisation of primary and IFF video onboard the Combat Management System (CMS) of the new ships. Cambridge Pixel’s SPx radar display software will be integrated into the CMS to receive and display primary and IFF video, with options to combine multiple videos from the two navigation radars on the ship, as well as support per-console combination of different radars. This provides a high degree of flexibility to configure each display with just the relevant information for the operational role of the display.

Cambridge Pixel’s SPx software will also be provided for server-side radar processing and network distribution, delivering encoded radar video into the virtualised client displays. Within each client, radar information can be combined with map and tactical data to form a complete situational awareness picture. Each client is able to combine different radar layers into a desired picture with track overlays, allowing just the essential information to be presented for each situation.

“The Cambridge Pixel software delivers considerable flexibility in the way radar information can be processed and distributed around the ship.  It supports the Type 26 Combat System architecture, reduces cost compared to legacy designs and, when integrated with the Combat System allows situational awareness to be presented to the command team where and when its needed.” Steve Carter, Combat System Equipment Programme Delivery Director, BAE Systems

Commenting on the project, Cambridge Pixel’s Managing Director, David Johnson said “We are pleased to continue our long-standing relationship with BAE systems, providing our SPx radar processing software for the new Type 26 ships.”

Under the Type 26 programme, roughly 4,000 jobs are expected to be generated across the UK supply chain. Cambridge Pixel are a proud supplier to BAE Systems with an existing and a long-standing working relationship. Cambridge Pixel’s engineers have been working with BAE Systems for over a decade providing them with ongoing support whenever it is needed, almost as an extension of their own team.

“We are proud to support BAE’s engineers with our expertise in radar display to help build the best possible systems for the Royal Navy. We’ve enjoyed working with them for more than 10 years, including the deployment of our technologies on the Type 45 ships and the Queen Elizabeth Class aircraft carriers...” said Richard Warren, Director of Software at Cambridge Pixel.