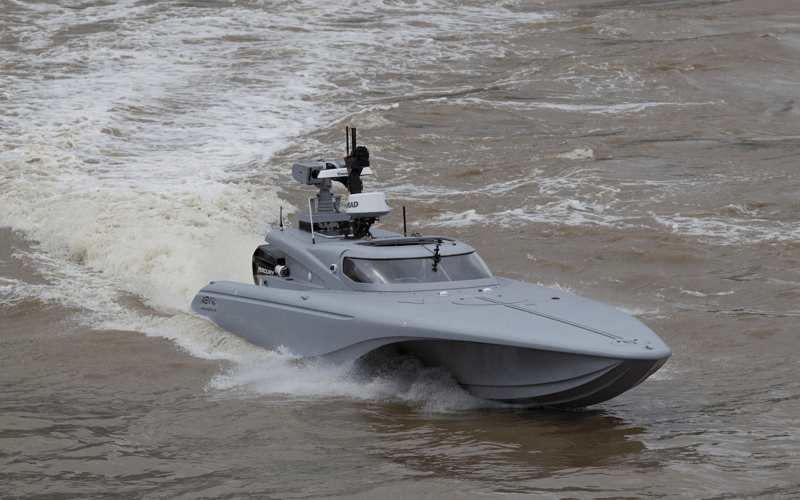 Cambridge Pixel, a developer of radar display, tracking and recording sub-systems, is supplying its radar tracking and fusion software to ASV Global (ASV) to enhance situational awareness on ASV’s range of unmanned boats.

ASV supplies unmanned and autonomous surface vessels for commercial, military and security missions. Its ASView® control system supports autonomous and remote control of the vessels and has been deployed on over 80 unmanned new build and retrofitted vessels.

Dave Martin, head of control at ASV Global’s UK facility, said, “Effective and reliable tracking of objects around our unmanned surface vehicles is critical to their safe operation. It was therefore important that we chose an experienced and established radar tracking company to assist us in implementing such a capability.

“Cambridge Pixel’s engineers have worked closely with the ASV software team to not only fully integrate their tracking and sensor fusion capability into our ASView control system but also to optimise its performance and to enhance situational awareness in this very demanding environment.”

The processing of video to detect targets of interest uses adaptive algorithms to accommodate a wide range of operating conditions. Initially, plots are extracted as detections from the radar that exceed a background level. These plots are then correlated to differentiate clutter from true targets.

Once the target has passed a confidence test, a provisional track becomes established and is subsequently tracked from scan to scan with a multi-hypothesis, multi-model tracker. Navigation data from the ship is used to compensate for own-ship motion.
The output from the tracking server is combined with AIS targets, using the SPx fusion software, and the resultant fused track is provided as a standard ASTERIX or TTM message into ASV’s control software.

Richard Warren, director of software, Cambridge Pixel, said, “ASV has developed an advanced multi-sensor platform for autonomous vessels and we are pleased to have provided our tracking and fusion software to enhance situational awareness. Navico’s Simrad 4G and Halo radars are well suited to this application and Cambridge Pixel’s tracker can be configured to make the very best use of these sensors”.

USVs are vehicles that operate on the surface of the water without a crew. They may be controlled remotely from a ground station or mothership, or operate fully autonomously. A typical surveillance USV is a sensor-rich platform with capabilities for self-guidance and automatic decision making. Radar is the key sensor for most USV applications as it provides the data to steer its course and avoid obstacles.
The market for USVs is growing rapidly, driven by demand from navies and commercial enterprises worldwide for more effective maritime security – to combat terrorism, piracy and smuggling, to protect shallow waters and ports, and for environmental monitoring.